A Real Time-Saver Speeds up Your Research

“Small footprint, no need to worry about taking up too much space.”

“The counting result is very accurate, and the report is easy to export.”

Cell Count Analysis: Suitable for counting cells or particles with a diameter of 4-60μm, such as most cell lines, stem cells, primary cells, etc.

After counting, it will count the average diameter of the cells in the sample and automatically generate a histogram.

When transfecting cells with the target gene, the transfection efficiency needs to be evaluated. In general, the transfected plasmid has the sequence encoding the fluorescent protein as the reporter gene, so the successfully transfected cell should be positive for the fluorescent protein. In addition, using a fluorescence microscope or a flow cytometer is a commonly used method for transfection efficiency analysis in laboratories, but both have the disadvantages of complicated operation and high cost. Using the fluorescence analysis function of C100, equipped with the corresponding fluorescence module, can realize the analysis of the expression of GFP, RFP, and other fluorescent proteins, and automatically count them, so as to quickly, simply, and efficiently obtain the positive rate of target gene expression. 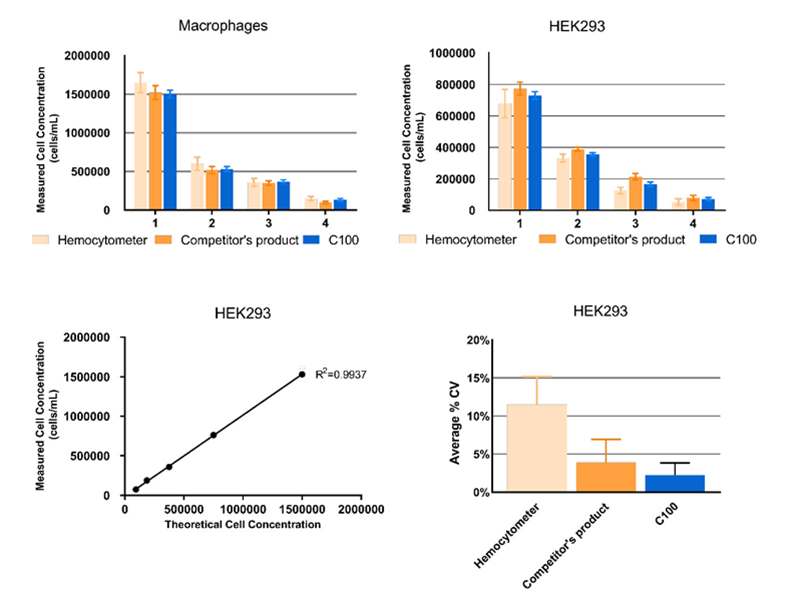 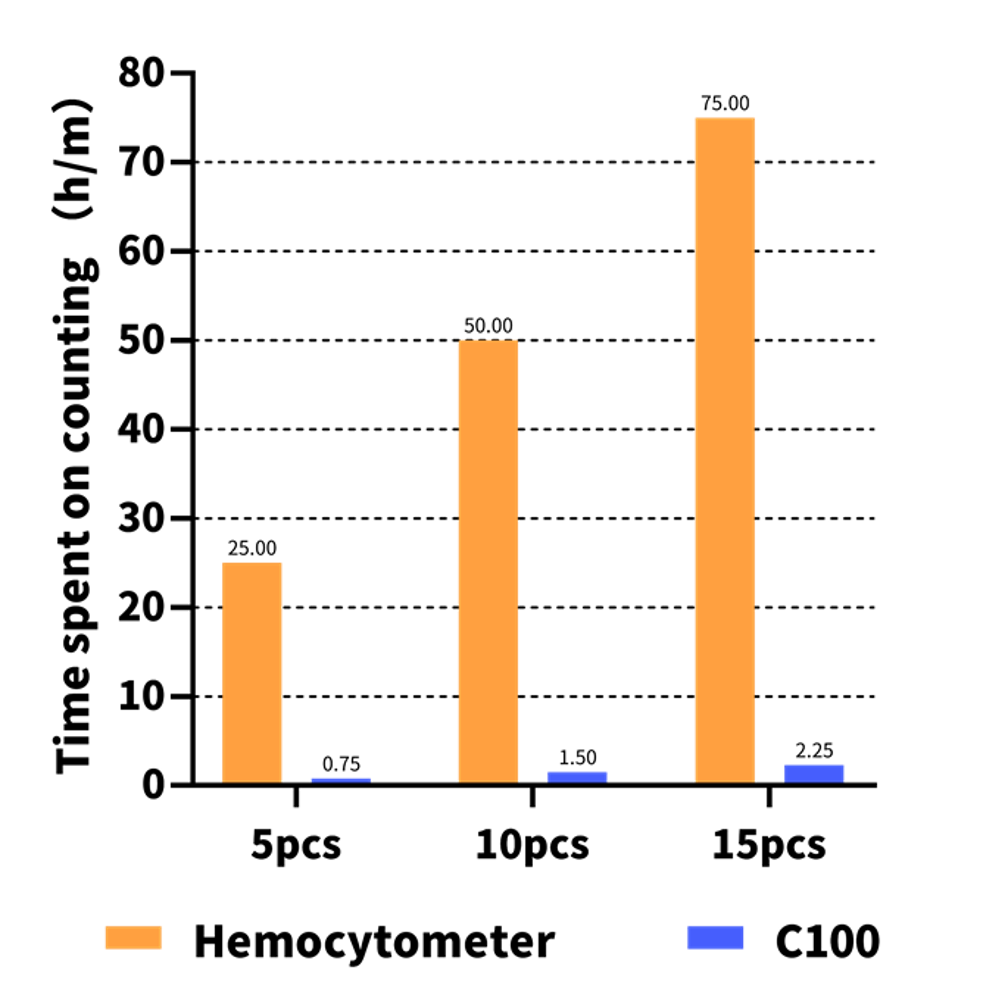