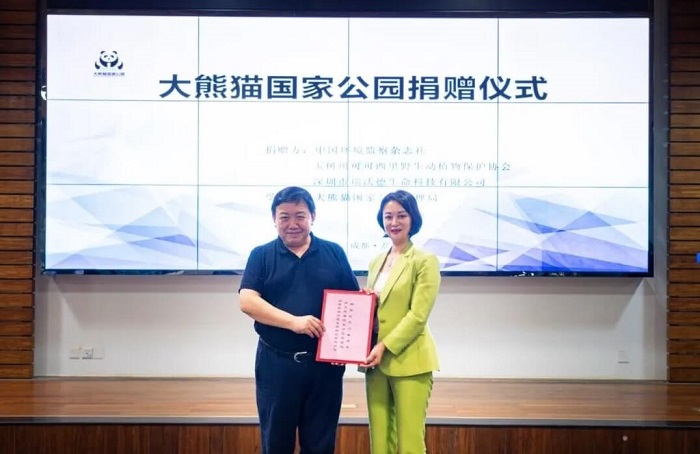 The donation ceremony was held in Dujiangyan, Chengdu. Leaders such as the Director and Deputy Director of the Giant Panda National Park Administration, the Secretary-General of the Hoh Xil Wildlife Conservation Association in Yushu, Qinghai, the President of China Environmental Monitoring Magazine, and the Chairman of RWD all attended this event. Leaders of the Giant Panda National Park Administration addressed those at the meeting and especially thanked the RWD company for it’s support in the protection of giant pandas. They confirmed and praised the quality of RWD’s animal medical equipment and expressed their anticipation concerning how this selected medical equipment will be able to better assist the administration in further development of protection efforts.

In her speech, Chairman Lin Wang mentioned that since it’s establishment, RWD has paid great attention to social welfare activities. It has successively established “Mingde Scholarships” in more than 20 domestic scientific research institutions, donated animal anesthesia machines to many agricultural universities, and after joining the Hoh Xil Wildlife Conservation Association, RWD has actively participated in the rescue and protection of high plateau wildlife. Although this contribution is only a small effort in comparison with the tremendous work of protecting of giant pandas, all the employees of RWD feel greatly honored to be able to participate in providing medical equipment to the Giant Panda National Park Administration. This is not only a confirmation of RWD’s product quality and technical strength, but is also an encouragement to the company to continue working hard as we further develop the field of animal health. 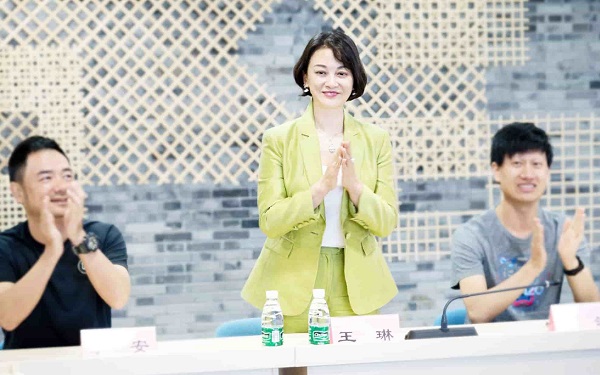 It is believed that Giant pandas have lived on the earth for at least 8 million years and are thus viewed as “living fossils” and a national treasure of China. According to the four national survey of giant panda populations in the wild, there are fewer than 1,600 giant pandas living in the wild across the globe. The main existing habitats are the mountainous areas of Sichuan, Shaanxi, and Gansu in China. As an extremely valuable natural historical heritage on the earth, the survival and protection status of giant pandas is of great concern to the world. There are specialized research centers and bases to conduct scientific research on giant pandas. The Giant Panda National Park Administration has strict quality requirements concerning daily diet plans, and especially concerning what instruments and equipment are to be used on giant pandas. 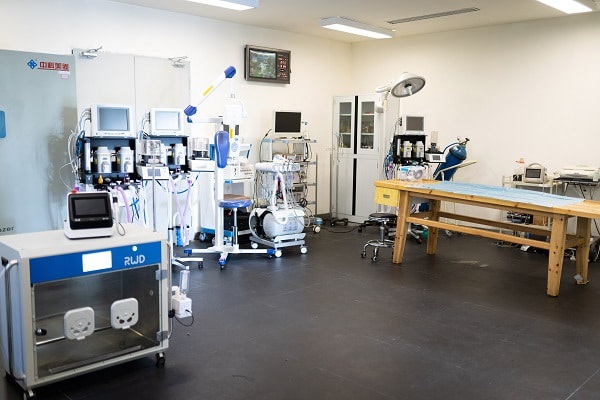 As a high-tech enterprise specializing in the field of animal health, RWD is extremely concerned with the health and population status of giant pandas. After communicating with relevant personnel of the Giant Panda National Park Administration to learn more about living habits and morphological characteristics of giant pandas, RWD donated a complete set of self-developed and self-produced animal medical equipment to the Giant Panda National Park Administration. This equipment is suitable for the daily health care, disease diagnosis, disease treatment, and rehabilitation care of giant pandas. 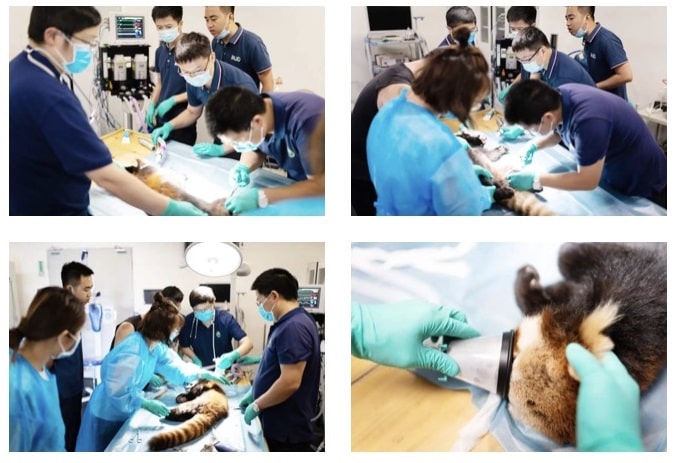 The staff of the Giant Panda National Park Administration was very satisfied with the whole set of equipment provided by RWD. Not only because of the practicality and safety of these products, but also because of their trust in RWD’s own research and development strength and production quality. It’s clear to see that RWD is a new star in China, steadily rising in the field of animal medical equipment. We can look forward to RWD’s continued efforts to develop and manufacture more medical equipment and products for various kinds of animals. 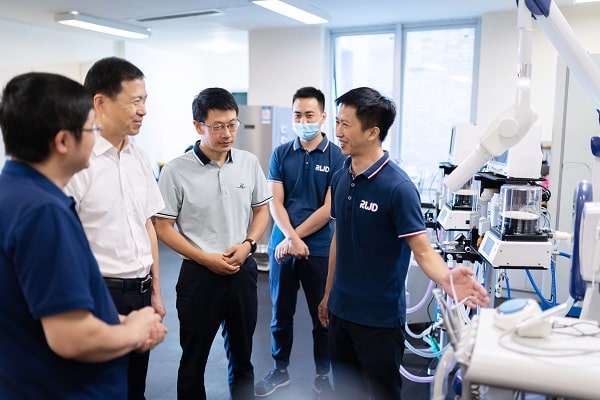 RWD was founded in Shenzhen in 2002 and currently has the leading domestic manufacturing base for scientific research products, animal medical products, cellular and molecular products, and clinical medical products. RWD has obtained nearly 100 invention and utility model patents worldwide. Relying on a strong background in scientific research, and an experienced research, development, and production team, medical equipment independently developed by RWD for all sorts of animals, has been sold to more than 100 countries and regions around the world. After years of market development, our animal anesthesia machine not only has the largest market share concerning domestic pet health care, but our respiratory anesthesia solution has also come to be trusted by the majority of physicians. It was even used in the world’s first snow leopard cataract surgery. 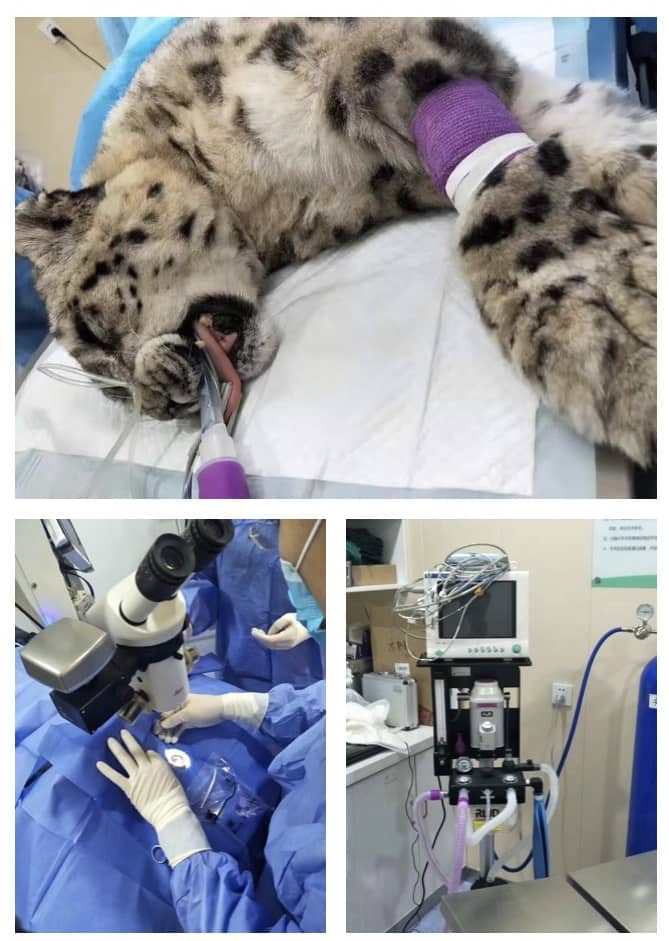 The RWD anesthesia machine provided stable anesthesia for the snow leopard, enabling this operation to be completed without a hitch.

Showing loving concern for animal health, RWD not only pays attention to product and technical innovation, (assisting various veterinary clinical treatment situations) but also cares about the health, protection, and rescue of wild animals, and thus takes the initiative to participate in animal welfare activities. Under the call of the Hoh Xil Wildlife Conservation Association and working along with members of the association, we will guard high plateau wildlife, protect the ecological environment, and build ecological civilization. 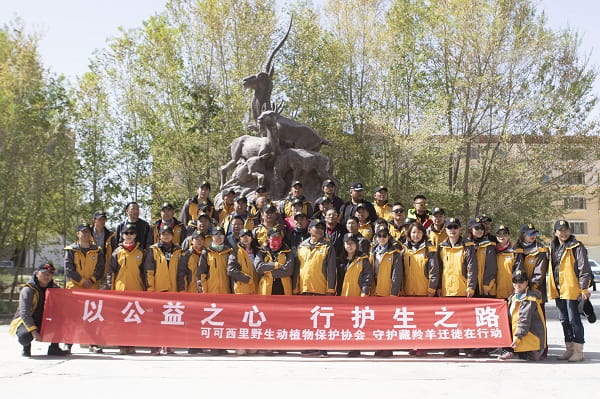 In the future, RWD will continue to increase its independent research and development capabilities, providing safer and higher-precision medical equipment for animal treatment and overall improvement of animal welfare. At the same time, we will uphold our original aspirations, give back to society, and actively participate in public welfare activities for animal protection and rescue. In RWD’s unique way, we will protect natural ecology, care for hundreds of millions of creatures, contribute wisdom and strength to the improvement of the quality of life, and provide assurance of health and safety for more and more animals across the globe!